#14 Everything You Wanted To Know About Zombies (But Were Afraid To Ask Daniel Defoe): Everything New is Old Again

Welcome to our most belated, longest titled blog entry yet. Now it takes a great man to admit when he’s been wrong. From the very beginning of the blog, I have emphasised that the zombie apocalypse genre is one that is, for want of a better pun, cannibalistic. I have argued that everything in the genre today can be traced back to Night of the Living Dead, which itself is traced back to I Am Legend.
So it is with all due humility that I say- it turns out I was more right than even I suspected. 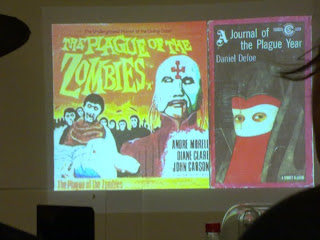