Hi! Yes! I’ve been away for a while. I don’t want to go into details, but it turns out there was a completely unrelated apocalypse that coincidentally was due to happen on the same date as the supposed “Mayan” apocalypse. The only person who knew how to avert it was Bing Crosby, who concealed clues to the only hope to mankind’s salvation in the lyrics of several of his biggest hits.

Anyway, long story short, I managed to avert the rise of the Spider Clowns, but then I was stranded in Reykjavik and it took me three months to hitch hike back to somewhere with Internet access. It wasn’t that far to travel, I’m just very unappealing to drivers.

But I’m not here to talk about that, there are much more interesting things for us to discuss.

So let’s talk about museums. I love a good museum. Whenever friends come to visit me in Norwich I’m always keen to recommend that they visit our famous Teapot Museum, then they ask if I’m being sarcastic and I say “No, I’m not being sarcastic. Why?”

One place that has a lot of museums is London, and among my favourite museums there in the Science Museum because, frankly, it has lots of planes and a lunar module and I think that’s cool. (Also cool: Novelty teapots).

This week the science museum is combing two things I love (Science. Museums.) with something else I love (Zombies) to bring about the Science Museum Zombie Lab. The Zombie Lab is going to take place over this Wednesday evening (January 30th, 6:45pm to 10pm) and Saturday and Sunday afternoons (February 2nd/3rd, 12pm to 5pm).

I’m going to be there, and all of you should be there too. Here are a few of things you ought to expect:

Games and Activities
Zombie Costume Competition
Exactly what it says on the tin. Come dressed as a zombie on Wednesday evening, and if people are convinced enough that you’re a shambling corpse they’ll give you a prize. Or hit you in the head with a shovel. It depends.

Quarantine
This one looks fun- the idea is that the zombie safe house doors will be slamming shut in ten minutes, and you have to prove you aren’t a zombie by completing a number of tasks.

Horde
Remember that bit in Shaun of the Dead where they try and navigate through a horde of zombies by groaning and shuffling? Zombie LARP regulars among our readers may remember this account of why we’re not longer allowed to do that in game.

Well collective behaviour experts Edd Codling and Nikolai Bode of the University of Essex will be looking to test just how good a zombie you can be in what they’re describing as a “predator-prey” game.

The Trial
This is my personal favourite activity at the event, purely on the grounds that I helped write some of the support materials for it. Yep, Mary and Grant (or Serious Business to give them their official name) the minds behind Zombie LARP and the Abraham Lincoln: Vampire Hunter live game we reported on last year, have come up with a new creation. Since, sadly, the Science Museum was apparently unwilling to let us charge headlong around the museum firing Nerf guns at one another, they have instead constructed a post-post-apocalyptic world, where the tide is just beginning to turn against the zombies, a cure for the disease has been discovered and society is beginning to rebuild. 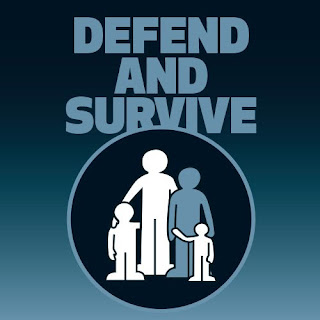 UPDATE: You can find out much more about The Trial here.

Talks
I’ve written about the zombie apocalypse being used to examine real life issues so many times here you’re probably bored of reading about it, but the Zombie Lab will feature a number of talks that do just that. Daniel Bor (University of Sussex), David Papineau (Kings College London) and author and games writer Naomi Alderman will be talking over whether zombies are conscious as a way of examining what consciousness is. Another talk will look at possible causes of a zombie apocalypse, because there aren’t enough things to be terrified of in the world.

Films
There will also be a special showing of the zombie romance Warm Bodies, which we’ll probably have to get round to reviewing for this site sooner or later.

And that is just scratching the surface (which I’m sure could be worked into a zombie pun, but it’s late and I’ve got some other stuff to write, so you’ll have to come up with that one yourselves). Have a look here to see the full list of stuff the Science Museum is going to have on over the festival, and I’ll see you there!http://zombielarp.co.uk/
Posted by Chrisfarnell at 00:00